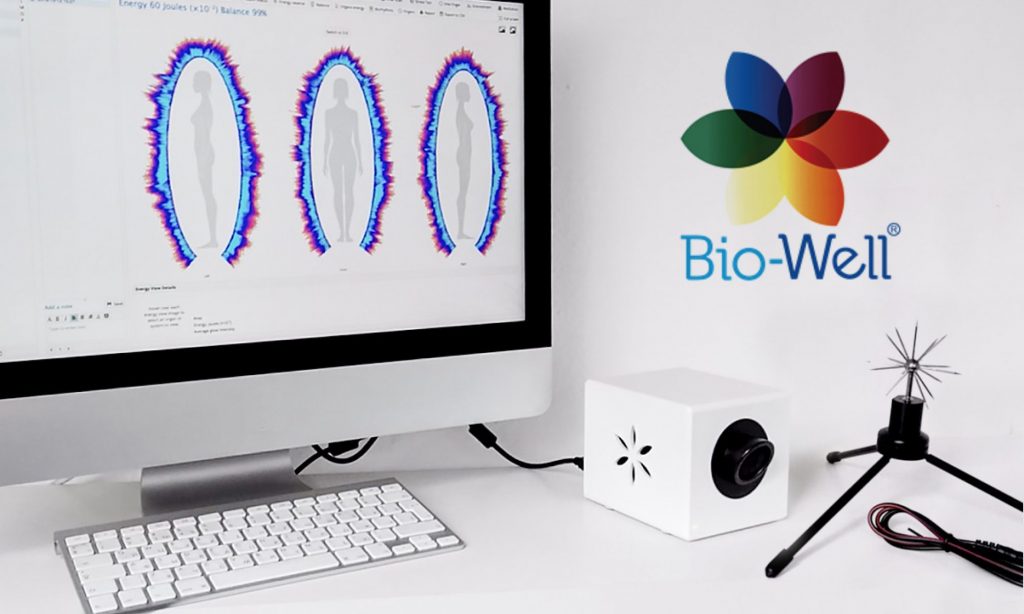 GDVCAMERA BIO-WELL has been developed by Dr. Konstantin Korotkov and brings the powerful technology known as Gas Discharge Visualization technique to market in a more accessible way than ever before. The product consists of a desktop camera and accompanying software, which allows a user to quickly and easily conduct human energy scans. Accessory attachments are also available for purchase to conduct environment and object scans.

GDV Technique (Bio-Well) is the computer registration and analysis of electro-photonic emissions of biological objects (specifically the human fingers) resulting from placing the object in the high-intensity electromagnetic field on the device lens.

When a scan is conducted, a weak electrical current is applied to the fingertips for less than a millisecond. The object’s response to this stimulus is the formation of a variation of an “electron cloud” composed of light energy photons. The electronic “glow” of this discharge, which is invisible to the human eye, is captured by the camera system and then translated and transmitted back in graphical representations to show energy, stress and vitality evaluations.