Very informative article about Reiki and Yoga from IARP association!!

You have a dozen yoga mats, several stylish yoga outfits and even a few props. Your past yoga classes, books and videos ensure you have your poses and sequences down pat. But as you’ve progressed along your yoga journey, you may have started to feel that something was missing from your at-home practice, something that can take you to a higher and more enlightened plane.

That something you’re lacking may be that thing called Reiki.

Reiki is an ancient Japanese healing technique that involves the transfer of “life force energy,” or prana, by laying the hands on specific parts of the body. Reiki masters have successfully unlocked their free flow of prana, and they can transfer the ability to use Reiki to students through a process known as “attunement”.

Once your own prana is unlocked and you have the ability to use Reiki, you can use it on others or yourself, focusing the life force energy to specific body parts that may help heal injuries and promote overall good health and well-being.

Yoga, too, has a strong focus on the flow of prana throughout the body, with the aim of unlocking and freeing up your life force energy by moving into and holding various poses. Each time you successfully hold a pose while breathing deeply, you’re effectively dissolving the blockages that prevent your prana flow.

Various poses can unlock your prana in various ways. Forward bends, for instance, can unblock prana to soothe, calm and ground you, while back bends prompt prana that provides a revitalising boost.

Now that you have the basics on how both Reiki and yoga help awaken and unblock your life force energy, you can just imagine the results when you put the two together. Using Reiki on targeted areas while holding and breathing through yoga poses that target those same areas has the power to create a potent surge of prana that can veritably catapult your mind, body and spirit to a more enlightened and invigorating plane.

Another useful means of combining Reiki with yoga is using Reiki to unblock areas that have been injured. For example, when Massachusetts yoga teacher Kate King developed sciatica, she avoided poses that put pressure on her sciatic nerve – until she learned Reiki. She can now use the Reiki energy to loosen blocked energy in the targeted area, freeing the flow of prana throughout the affected area and her entire body.

She found Reiki so beneficial to her yoga practice that she says Reiki has actually become her yoga practice. She views each pose as a pure expression of life force energy, with Reiki and yoga working together to ensure that energy remains strong and readily available during her yoga practice as well as her daily life.

**This article appeared in The Reiki Times, the official magazine of the International Association of Reiki Professionals. 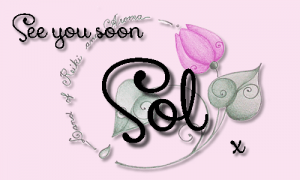